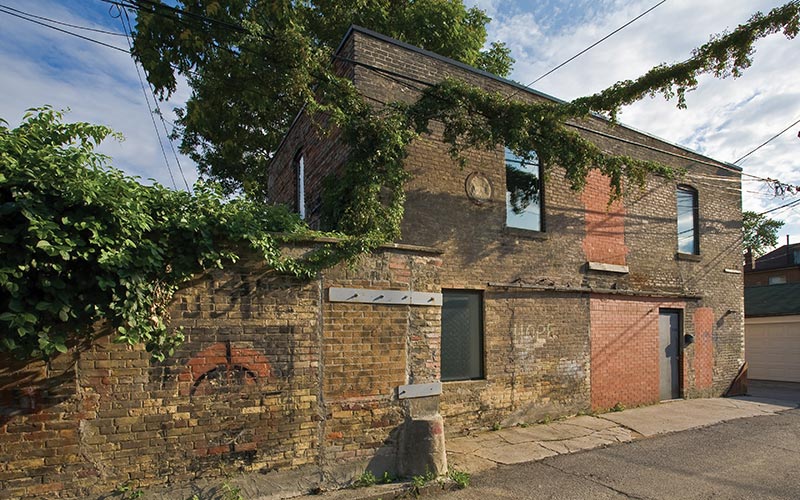 Originally constructed in 1912 as a dairy, the exterior of this laneway residence has remained basically untouched, allowing for the delightful experience that comes from the discovery of the contemporary light filled interior when compared with the raw, industrial exterior.

Due to its ecological benefits as a sustainable, rapidly renewable product, as well as its aesthetics, carbonized bamboo has been used in a variety of forms. Solid bamboo flooring throughout the ground floor is complemented by the use of bamboo veneer on the kitchen island.

Most recently, the second floor was gutted to create an intimate yet dramatic bedroom and ensuite bathroom with a series of custom millwork fabrications of solid bamboo plywood, which is detailed to expose the multi-layered cross grains that make up the finished panels. The bed’s bamboo headboard and canopy are inlaid with thin strips of LED, and further highlighted through the use of concealed LED’s at the base and canopy to create an illusion of floating planes.